Where have all our Jews gone?  Like most people in Kerala, I used to often wonder what happened to the 2,000-year-od Jewish community in Cochin and Ernakulam.


It was, of course, the call of Zion. When Israel was born in 1948, the Cochinis were among the first to heed the call for aliyah - the ingathering of exiles - and by 1955, the majority of the Cochin Jews were in Israel, helping settle and rebuild the land of their ancestors. (They, however, maintain deeply sentimental ties with the land that welcomed them whenever they needed refuge over the centuries). 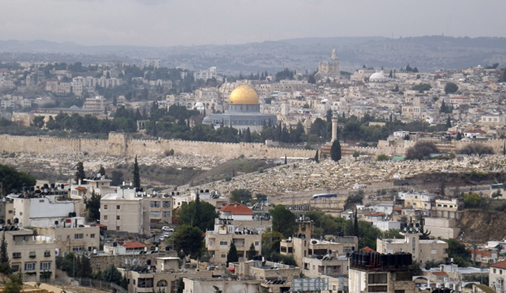 I got this article from my friend David Davidson from Petah Tikvah in central Israel. It  explains the emotions behind that powerful and evocative toast "Next Year in Jerusalem!" (L'Shana Haba'a B'yerushalayim) and exalts the spirit of the Jewish people.

"A Letter to the World from Jerusalem" appeared in the first issue (August 1969) of the now defunct  Times of Israel,  founded and edited by Elizer ben Yisrael aka Stanley Goldfoot soon after the Six Day War. (There is a new Times of Israel online magazine today which is not related to the old one.) Stanley was born in Johannesburg, South Africa. After hearing a speech about the Zionist vision by one of the founders of the Haganah (the Israeli paramilitary unit before the 1948 war) Ze'ev Jabotinsky, when he was 18 years old, Stanley left for Palestine where he joined a HaShomer HaTzair (Youth Guard) kibbutz.  Stanely died in Jerusalem on November 24, 2006 at the age of 92.

The article generated interest worldwide when it was published and remains as relevant today as it was during the tumultuous war years following the birth of Israel.

There is some speculation that it was written by Eliezer Whartman of the Jerusalem Post who couldn't get his paper to publish it. He approached Stanley to use it in his first issue and the pen name Eliezer ben Yisrael was adopted. It is argued that the syntax and the structure of the words show Whartman's style, not Goldfoot's. Whartman's son Moshe was killed in 1975 while leading a patrol in south Lebanon and Whartman pays tribute to Moshe in reprints of the article. But it is the fiery spirt of the article that really matters in the end....
_______

A Letter to the World from Jerusalem
by Eliezer ben Yisrael

I am not a creature from another planet, as you seem to believe. I am a Jerusalemite, like yourselves, a man of flesh and blood. I am a citizen of my city, an integral part of my people.

I have a few things to get off my chest. Because I am not a diplomat, I do not have to mince words. I do not have to please you or even persuade you. I owe you nothing.  You did not build this city, you did not live in it, you did not defend it when they came to destroy it. And we will be damned if we will let you take it away.

There was a Jerusalem before there was a New York. When Berlin, Moscow, London, and Paris were miasmal forest and swamp, there was a thriving Jewish community here. It gave something to the world  which you nations have rejected ever since you established yourselves - a humane moral code.

Here the prophets walked, their words flashing like forked lightning. Here a people who wanted nothing more than to be left alone, fought off waves of heathen would-be conquerors, bled and died on the battlements,  hurled themselves into the flames of their burning Temple rather than surrender, and when finally overwhelmed by sheer numbers and led away into captivity, swore that before they forgot Jerusalem, they would see their tongues cleave to their palates, their right arms wither.

For two pain-filled millennia, while we were your unwelcome guests, we prayed daily to return to this city.  Three times a day we petitioned the Almighty: "Gather us from the four corners of the world, bring us upright to our land, return in mercy to Jerusalem, Thy city, and swell in it as Thou promised."

On every Yom Kippur and Passover, we fervently voiced the hope that next year would find us in Jerusalem.   Your inquisitions, pogroms, expulsions, the ghettos into which you jammed us, your forced baptisms, your  quota systems, your genteel anti-Semitism, and the final unspeakable horror, the holocaust (and worse, your terrifying disinterest in it) - all these have not broken us. They may have sapped what little moral strength you still possessed, but they forged us into steel.

Do you think that you can break us now after all we have been  through?  Do you really believe that after Dachau and Auschwitz we are frightened by your threats of blockades and sanctions?  We have been to Hell and back- a Hell of your making. What more could you possibly have in your arsenal that could scare us?

I have watched this city bombarded twice by nations calling themselves civilized. In 1948, while you looked on apathetically, I saw women and children blown to smithereens, after we agreed to your request to internationalize the city. It was a deadly combination that did the job - British officers, Arab gunners, and American-made cannon.

And then the savage sacking of the Old City - the wilful slaughter, the wanton destruction of every synagogue and religious school, the desecration of Jewish cemeteries, the sale by a ghoulish government of tombstones for building materials, for poultry runs, army camps, even latrines.

And you never said a word.

You never breathed the slightest protest when the Jordanians shut off the holiest of our places, the Western Wall, in violation of the pledges they had made after the war - a war they waged, incidentally, against the decision of the UN.  Not a murmur came from you whenever the legionnaires in their spiked helmets casually opened fire upon our citizens from behind the walls. Your hearts bled when Berlin came under siege. You rushed your airlift "to save the gallant Berliners". But you did not send one ounce of food when Jews starved in besieged Jerusalem. You thundered against  the wall which the East Germans ran through the middle of the German capital - but not one peep out of you about that other wall, the one that tore through the heart of Jerusalem.

And when that same thing happened 20 years later, and the Arabs unleashed a savage, unprovoked bombardment of the Holy City again, did any of you do anything?

The only time you came to life was when the city was at last reunited. Then you wrung your hands and spoke loftily of "justice" and need for the "Christian" quality of turning the other cheek.

The truth - and you know it deep inside your gut - you would prefer the city to be destroyed rather than have it governed by Jews. No matter how diplomatically you phrase it, the age old prejudices seep out of every word.

If our return to the city has tied your theology in knots, perhaps you had better reexamine your catechisms.  After what we have been through, we are not passively going to accommodate ourselves to the twisted idea that we are to suffer eternal homelessness until we accept your savior.

We loathe the sword - but it was you who forced us to take it up.  We crave peace, but we are not going back to the peace of 1948 as you would like us to.

We are home. It has a lovely sound for a nation you have willed to wander over the face of the globe. We are not leaving.  We are redeeming the pledge made by our forefathers:  Jerusalem is being rebuilt.  "Next year" and the year after, and after, and after, until the end of time - "in Jerusalem "!
_____

Nadine Goldoot from Portland, Oregon, who is related to Stanley Goldfoot, tells in her blog that Stanley's family were  from Telsiai, Lithuania, and moved to Ireland. From Ireland they moved to South Africa. Stanley went to Israel when he was 18 years old. "He  (Stanley) was tall and slender and good looking and had a terrific English accent.  He has been to the United States many times and has spoken about Israel to huge crowds of people in stadiums. He spoke about starting the Third Temple, which he was very much involved in..."
http://goldfoot_genealogy.blogspot.ca/2004/08/stanley-goldfoot-in-israel.html

For more on Goldfoot's role in the Jewish irregulars, Fighters for Freedom of Israel (LEHI), and the assassination in 1948 of UN Mediator Count Folke Bernadotte during the late 1940s,  go to this site: http://www.btzedek.com/focus/focus01.html

For a gentile reply to the Letter from Jerusalem go to:
http://www.thepathoftruth.com/teachings/israel/judgmentstanleygoldfoot.htm

John Little from Jerusalem wonders who wrote this article:
http://israeloutlook.com/2011/06/14/letter-from-jerusalem/